Board certified in Occupational and Environmental Medicine.

I received my medical degree from the University of Minnesota. After an internship at Hennepin County Medical Center, I received my MPH from the University of Minnesota – School of Public Health and completed my occupational and environmental residency at HealthPartners. I feel so fortunate to have been able to stay on as a staff physician at HealthPartners and to continue to be involved with the residency program. I am enthusiastic about teaching residents and medical students – being a recent graduate of the program, I have a unique perspective of identifying program strengths and areas of improvement.

I chose occupational medicine because it allows me to focus on health promotion and disease prevention. I enjoy learning about various occupations and their associated risks and ensuring that workers are safely performing their jobs. Additionally, I am interested in worksite health promotion – the worksite remains the perfect avenue to encourage a healthy lifestyle in the general population.

In addition to worksite health and lifestyle medicine, I am particularly interested in law enforcement medicine. Combining these interests, I have worked with the Plymouth Police Department to design and implement a physical fitness program. We hope to expand the program to include other aspects of health.

Outside of work, I enjoy being physically active. I enjoy hiking, rock climbing, biking, running, skiing – pretty much anything outdoors. Additionally, I enjoy traveling and spending time with family and friends.

I have lived in Minnesota for nearly five years, initially moving to the area to embark on a residency in Family Practice at St. Joseph’s Hospital which I completed in June of 2013. During my time here, I became familiar with Occupational and Environmental Medicine (OEM) and after performing extensive research on this and completing several elective rotations with HealthPartners (HP) OEM, I decided to do a fellowship in this field.

While researching the different OEM programs available, I learned that HP OEM was one of the largest programs with extensive clinical experience associated with a wide variety of factories, employers and industries. For this reason and for my positive elective experiences with OEM attendings, I decided to apply to the HP OEM program.

I would recommend OEM to anyone who possesses the critical mind to solve possible causation puzzles. Additionally, for individuals looking for variety, I think OEM is a great option as it offers a host of possibilities including a wellness program, preventative medicine practices and treatment of acute medical conditions, just to name a few.

Dr. Karyn Leniek is an Occupational Medicine Physician with HealthPartners Clinics of Central Minnesota and HealthPartners Riverways Clinics of Anoka. She is board certified in Occupational and Environmental Medicine and in Public Health and Preventive Medicine. She completed residency in occupational medicine at HealthPartners and preventive medicine at University of North Carolina at Chapel Hill. She is certified to perform commercial driver medical exams. Her interests include employee wellness and health promotion, bloodborne pathogen exposures, and medical surveillance.

My context for public health outside of my professional career primarily stemmed from my experience growing up in the medically-underserved area of North Minneapolis. My education consists of a Computer Science degree from University of Illinois at Urbana-Champaign, post-baccalaureate pre-medical studies at the University of North Dakota, and a dual-degree MD and Master of Health Informatics from the University of Minnesota. I thereafter completed a General Surgery intern year at Hennepin County Medical Center (HCMC), followed by a full-time year working as a clinical informaticist at HCMC. During my surgical intern year, I had the opportunity to see many occupational injuries in the context of surgical clinical care. In combination with my myriad work experience in IT and healthcare, these educational opportunities have provided invaluable applied context for informatics work.

A primary interest in Occupational and Environmental Medicine (OEM) for me arose from the similarities between the system-level improvements that can be made in healthcare workflows using clinical informatics and those that can be made for employees generally by OEM physicians. Moreover, the preventative medicine, public health, and causation analysis that are required in OEM can be augmented very well by my clinical informatics work. Most importantly, because of the degree to which a person’s health is very much affected by their occupation and their environmental exposures, the importance of OEM physicians is becoming more appreciated over time. My particular interests with respect to OEM are in: respiratory toxicologic exposures in the workplace and in the community, public health informatics, public health journalism, healthcare disparities, sports medicine, epigenetics, ergonomics, and chronic pain management.

For me, choosing the University of Minnesota/HealthPartners OEM Residency Program was not only due to its location (because of my family), but also because of the long history and broad clinical and academic experiences provided as part of training.

I would recommend this field to anyone interested in working on the assessment of the root causes of disease and injury as well as methods of prevention.

Anne M. Reiner, MD, MPH is a Staff Physician with the HealthPartners Department of Occupational Medicine. She recently completed the HealthPartners Occupational Medicine Residency Program in 2014, is board certified in Occupational and Environmental Medicine, and is a National Certified DOT Medical Examiner. She is also a Physician Consultant for State Fund Mutual Insurance Company. Her areas of special interest include lost time prevention, PPD ratings, and DOT examinations.

I received a bachelor of arts degree, with majors in religious studies and biology, from Indiana University. After graduation, I spent two years working as a cytogenetic technologist in a clinical cytogenetics lab. I matriculated at the Indiana University School of Medicine in 2000. During my fourth year of medical school, due to my growing interest in public health, I spent a month at the Indiana Department of Health. While there, I wrote a position paper regarding the increasing incidence of kernicterus, a potentially fatal newborn disorder. Following medical school, I began an internal medicine residency, but just into my second year I decided to leave that program. After much consideration, I concluded that occupational medicine, with its public health focus, was a good fit for me, and so here I am.

I became interested in OEM for numerous reasons. As mentioned above, I had developed an interest in public health, and especially with preventive medicine. While in medical school, I had even considered a combined MD/MPH program, so now I saw my chance to pursue that MPH after all. Also, I very much liked the idea of practicing a medical specialty in which most patients fully recover, as compared to my experience in internal medicine, in which chronic, incurable disease was the norm. Not least, OEM was attractive to me because it generally affords a less demanding work schedule, one that would allow me time for my family and my other pursuits and interests.

Early in 2007, I was busy scheduling interviews at numerous OEM residencies throughout the country. My first interview was with HealthPartners, and that is the only one I ended up needing. I quickly realized that this residency program was a great match for me, not in small part because it allowed me to pursue my MPH at this very well respected university. I am grateful that my residency program and the School of Public Health deemed me a worthy candidate for this position.

If you are interested in a clinically-focused OEM residency with a great MPH education, this is the place to be. From my understanding, there are few, if any, other OEM programs that provide as much clinical experience with such a variety of possible rotations. Being in the Twin Cities affords us experiences with corporate giants such as 3M and General Mills, as well as with numerous large hospitals and other occupational medicine clinics. Further, we get to spend time with OSHA and the Minnesota Department of Health. Beyond that, as long as you can put up with some winter weather, the Twin Cities is a fun, lively place to live, with great culture and an unusually strong focus on parks and outdoor activities. Come see for yourself!

I completed medical school at the University of Minnesota in 2005 and completed a surgical internship in Grand Rapids, Michigan. My undergraduate education is in Mathematics and I have also completed Master’s degrees in Theology and in Bioethics.

I had always thought I would be a surgeon since I first contemplated attending medical school.  Many experiences during medical school also emphasized the importance of preventive medicine and public health.  After getting into surgery, I realized that preventing problems was more compelling for me than fixing them once they happened.  Preventive medicine has the potential to help large numbers of people and the subspecialty of Occupational medicine retains the clinical aspects of medicine that I spent so much time learning.  As I investigated the field more, I became interested in the way it blended the skills of public health and primary care knowledge.  Also, I found that I really like ‘workers’ and enjoy ensuring that they can do their job in a healthful manner.

After a visit to the program I really felt that there was an excellent clinical experience for residents and that getting an MPH from the University of Minnesota (one of the nation’s best) was a big pull.  I am a Minnesota native, so training near family and friends was also a significant factor. This program was also tremendously flexible even holding out the opportunity for international experiences during residency.

This residency is a strong clinical program with tremendous opportunities for research and training in public health.  The combination of clinical experience and the resources at the University of Minnesota is hard to find in Occupational Medicine training programs.  Minneapolis and St. Paul are very cosmopolitan towns with something for everyone.

Note: Paul Anderson also was a member of a Mayo Clinic team studying altitude physiology in the Arctic in the fall of 2007. 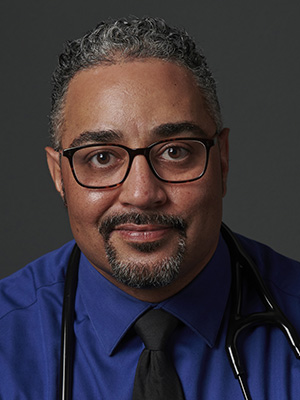